SHAH ALAM, June 22 — The Selangor Penyayang roadshow to introduce various new and improved initiatives to the people will be held at Dataran Pantai Morib in Kuala Langat, on June 25.

The programme, organised by the state government, was met with an enthusiastic response in Taman Kosas, Ampang on Sunday. It will subsequently be held at Stadium Utama Kuala Selangor on July 2.

On July 16, the event will be held at Dataran Boulevard at Laman MBPJ (Petaling Jaya City Council), followed by the Padang Awam Batu Caves in Gombak on July 31.

Various activities have been organised for the event, starting from 7.30am to 5.30pm, including musical performances by artists, aerobics, cooking competitions, flower arrangements, people’s sports, skateboarding and e-sports.

Prior to this Menteri Besar Selangor (Incorporated) or MBI announced the roadshow is aimed at promoting welfare initiatives, with participation from 23 state subsidiaries.

The initiative is realised with an RM350 million allocation, replacing IPR so that a greater number of people can benefit from the state government’s programmes.

This includes Bantuan Kehidupan Sejahtera Selangor (Bingkas) which replaces Kasih Ibu Smart Selangor (Kiss) and will help up to 30,000 families compared to 25,000 before.

Also carried out during the carnival is the Selangor Saring free health screening programme to detect chronic ailments, with an expenditure of RM1.5 million and expected to benefit up to 5,000 people, particularly those in high-risk categories. 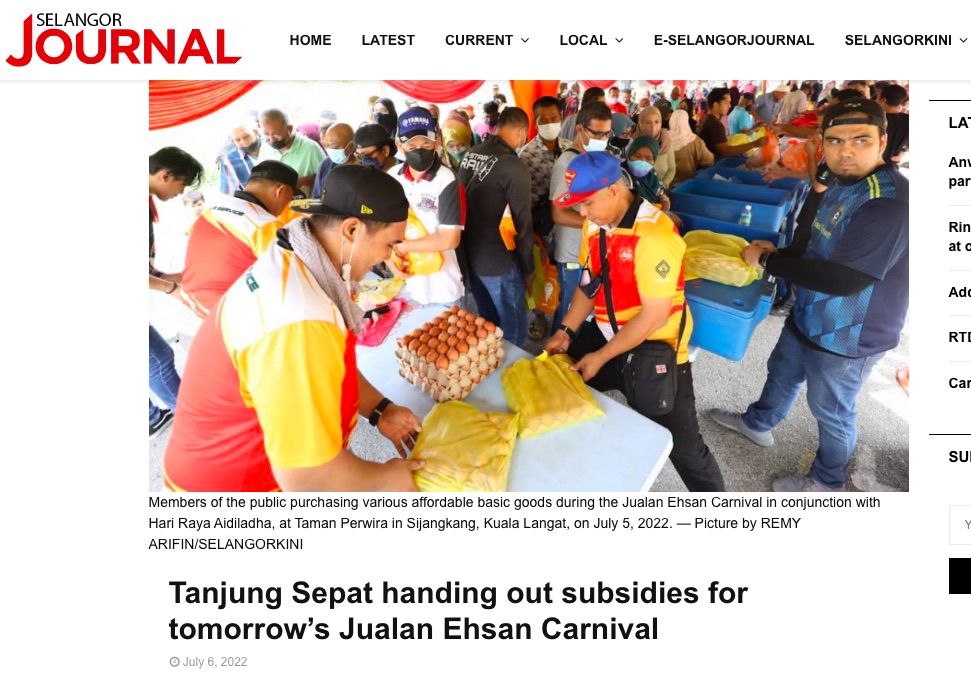 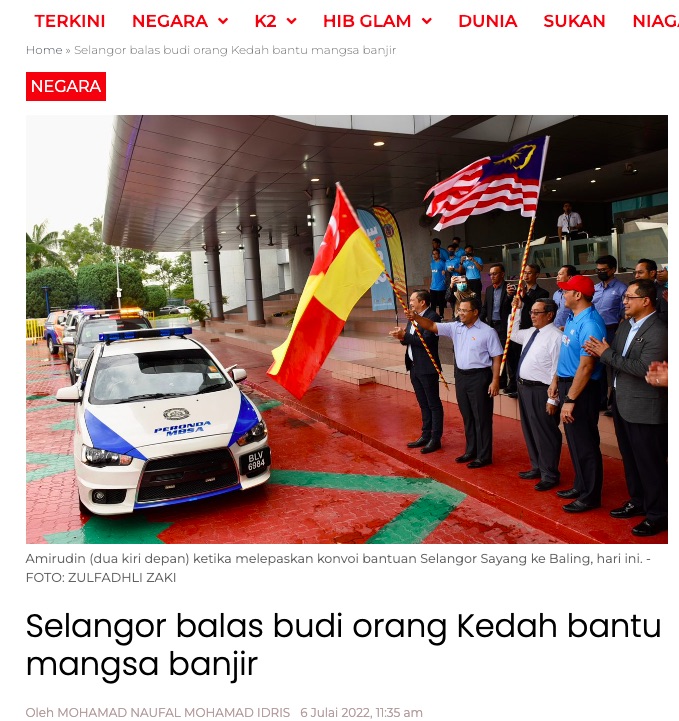