Through the Gender Mainstreaming Project which began last year, it is now being implemented holistically to develop a better ecosystem.

“The implementation is not bound to the programme and structure of its officers, but on how to form attitudes, values, and identity in life.

“This is the important starting point to change. Not just in slogans and getting media coverage, but as a programme that respects women and the gender differences being practiced,” he said.

Earlier today Amirudin presented letters of appointment to 17 officers from the Gender Focal Team and Gender Focal Point in the Gender Mainstreaming session 2021/2022, at the State Secretariat Building’s foyer.

Selangor is the first state in Malaysia to implement gender mainstreaming, as an effort to promote women’s right and address discrimination towards the group.

Some RM1.8 million has been allocated to intensify the gender mainstreaming programme, in order to encourage Selangorian women to play active roles in the state’s development. 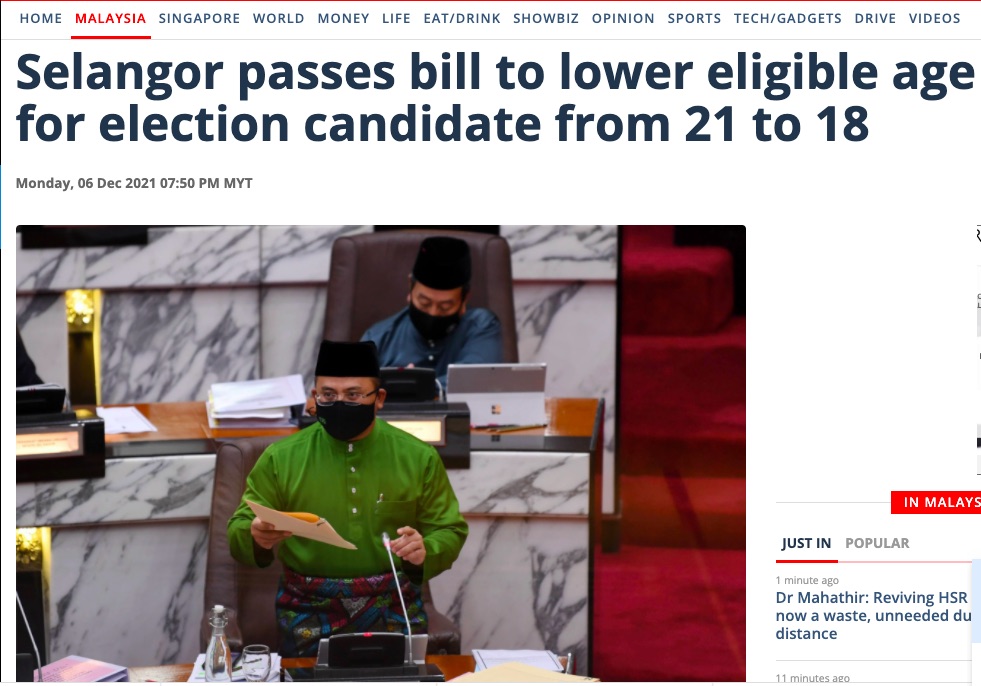 Polisi
Malay Mail: Selangor passes bill to lower eligible age for election candidate from 21 to 18
“This is a new chapter for the Selangor State Assembly because it successfully passed the bill during the third reading today,” he said.