KUALA LUMPUR: The Selangor Water Management Authority (Luas) has opened an investigation paper against a factory suspected to have released foamy water and white substances into Sungai Kabul.

State exco for environment Hee Loy Sian said Luas, the Department of Environment (DoE) and the Kajang Municipal Council (MPKJ) made the discovery when it conducted a probe on the factory manufacturing construction materials and garden equipment at the Mahkota Industrial area in Beranang yesterday.

"The investigating team found the substances at the factory premises which was the same detected at Sungai Kabul.

"Sampling was done by Luas at the end point of release in and out of the premises as well as its treatment pond and has been sent to the Chemistry Department to be analysed," he said in a statement today.

The case is being investigated under Section 79(1) of the Luas Enactment 1999 which carries a fine of between RM200,000 and maximum of RM1 million and mandatory jail not less than three years if convicted.

Hee said a multi-agency probe began when Luas detected the foamy water and white substances at 11.30am yesterday during its routine checks at the Sungai Langat basin.

Samples taken by Luas found no elements of odour pollution, he added.

Another factory subjected to investigations was an aluminium factory believed to have released foamy effluent into a nearby ditch and samples were taken to be analysed.

Results showed that the odour and physical condition of the river was normal and Pengurusan Air Selangor Sdn Bhd (Air Selangor) did not report a disruption at its water treatment plants (WTP) despite its proximity.

"The estimated distance from the premises to three nearest river mouths are the Semenyih, Bukit Tampoi and Labohan Dagang WTP which are between 17km and 40km.

"We are monitoring the situation closely with Luas together with the relevant parties to ensure that the Selangor water resources are protected," said Hee. 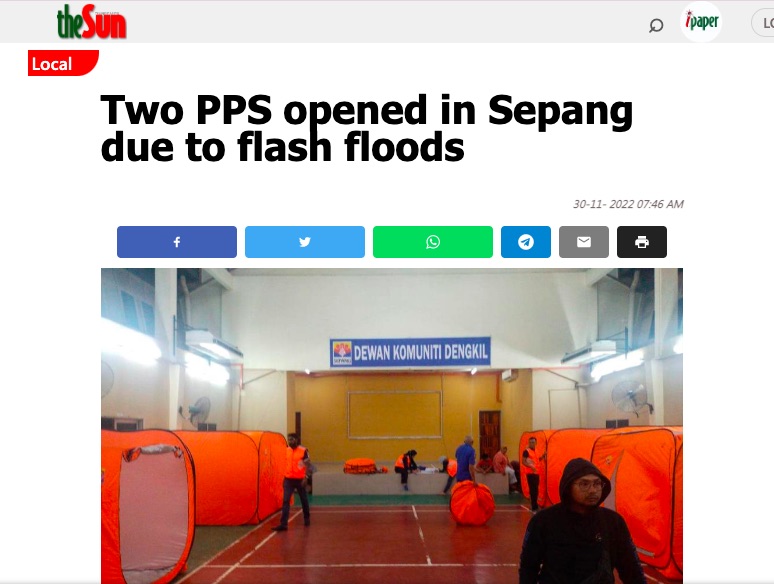 Peristiwa
The Sun Daily: Two PPS opened in Sepang due to flash floods
Selangor’s Director of the Malaysian Fire and Rescue Department (JBPM) Norazam Khamis said earlier that there was a burst bund incident following heavy rain in Kampung Ampar Tenang which caused water to overflow from a nearby housing project. 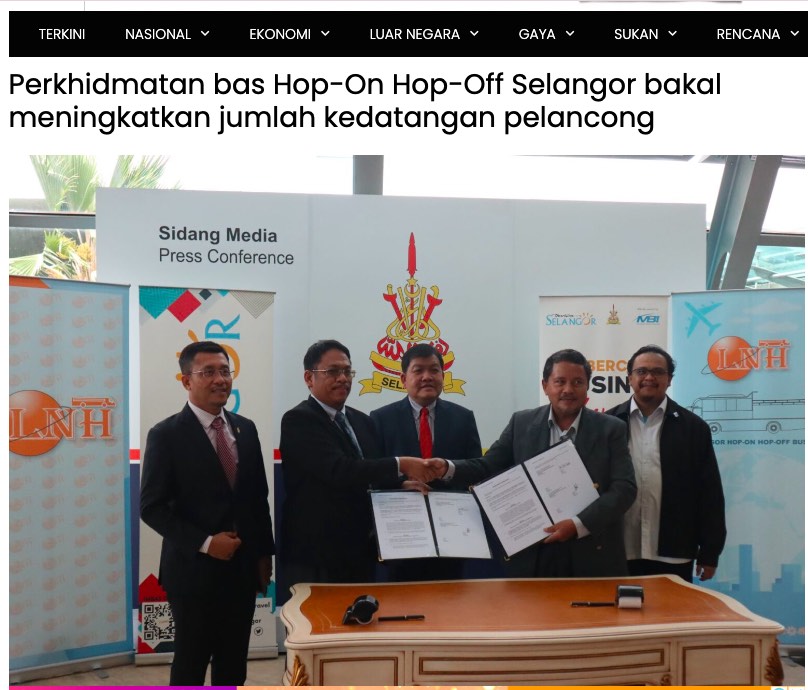