RAWANG, Nov 24 — Two heavy machinery workshops located near Sungai Rawang were demolished by the authorities today in an operation to weed out premises suspected of polluting water sources and causing water supply disruptions in the Klang Valley.

“We have identified eight premises operating without licence in the vicinity of the river. Today, we demolished two and the rest will be torn down within three weeks.

“Based on our records, these workshops were among the culprits in the incidents of pollution in Sungai Gong and Sungai Sembah last September,” he added.

Amirudin said similar operations would be conducted in other parts of Selangor, with the initial focus being on premises operating illegally on government land.

Asked on the action to be taken against the workshop operators, Amirudin said this would depend on whether investigation by the Department of Environment showed that water samples taken from the river contained scheduled waste.

Since early this year Klang Valley residents have been hit by unscheduled water cuts almost every month, with pollution of rivers and raw water sources being the most frequent causes of the disruptions.

On September 8, Sultan Sharafuddin Idris Shah of Selangor decreed that stronger enforcement action be taken to demolish illegal houses and factories near riverbanks to prevent incidents of pollution in Selangor’s waterways. — Bernama 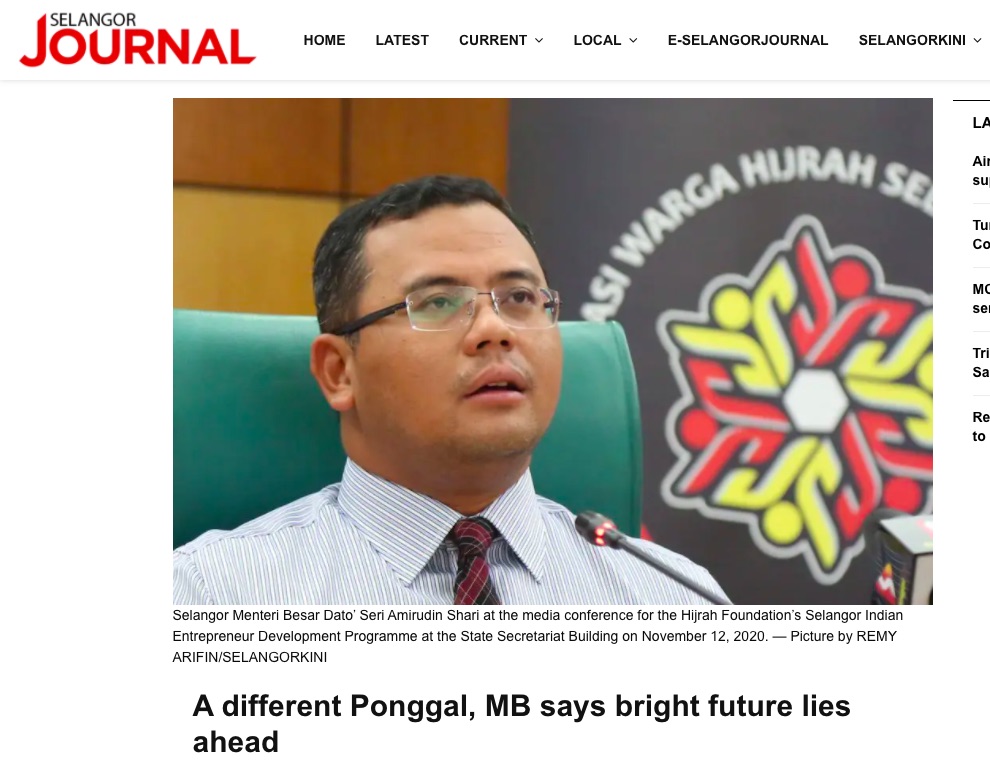 Peristiwa
Selangor Journal: A different Ponggal, MB says bright future lies ahead
In a statement today, Amirudin said the cooperation from all parties in facing the pandemic will result in a more positive outcome and a brighter future for all. 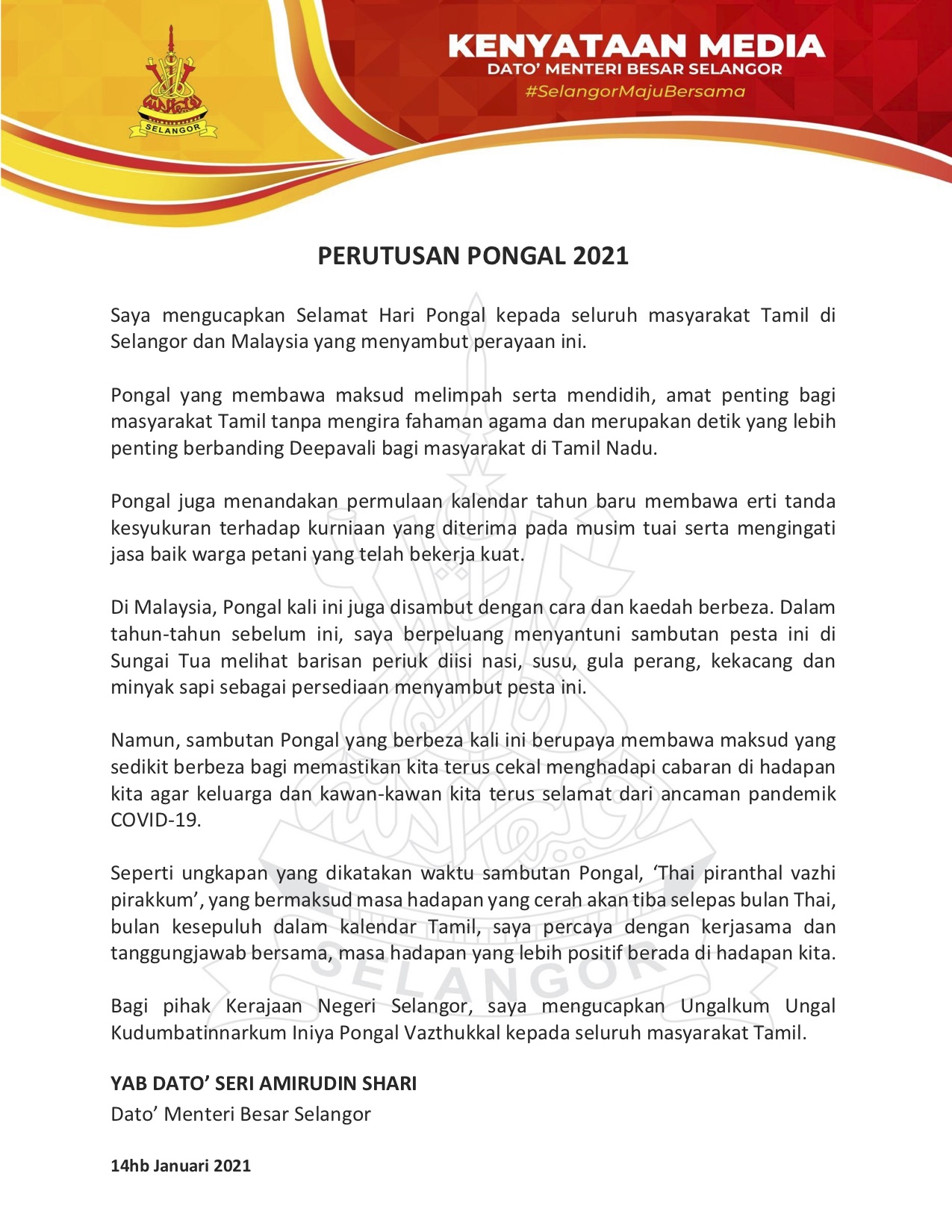